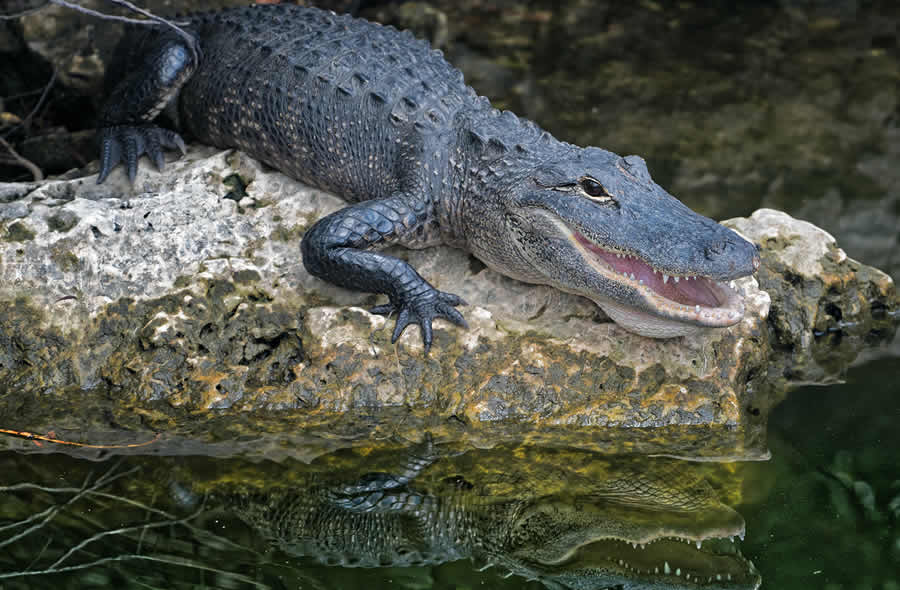 Early in the 20th century, alligators in the U.S. had diminished to alarming numbers. Unregulated alligator harvest during this time prompted Alabama to protect the animals in 1938. In 1967 the U.S. Fish and Wildlife Service listed the American alligator as an endangered species.

“Alabama was one of the first states in the Southeast to protect alligators,” said Chris Nix, Alligator Program Coordinator with the Alabama Wildlife and Freshwater Fisheries (WFF) Division.

Conservation efforts by the affected states allowed the alligator population to rebound so that by 1987 it was removed from the Endangered Species List but continued to be a federally protected species.

Alabama’s alligator population has grown to the point that it can sustain a limited harvest, allowing state residents a new and exciting opportunity. WFF officials decided to start with limited access and increase the opportunities when possible.

“I had joined Wildlife and Freshwater Fisheries two months before that first season in 2006,” Nix said. “We had 50 tags that year, and the hunting area was strictly the Mobile-Tensaw Delta. The south border was the Causeway; the northern border was the CSX Railroad; the west border was Highway 43, and the east was Highway 225.

“It was a very small hunting area that first season. The reason is that managing alligators is a lot different than managing white-tailed deer or wild turkeys. If you overharvest deer one season, they can rebound from that pretty quickly. Alligators are not like that. It takes a lot longer for alligators to return to previous populations.”

While maintaining the integrity of the alligator population was the cornerstone of the conservation efforts, WFF surveys showed the hunting opportunities could be expanded to other parts of the state.

Registration for the 2020 alligator season opens June 2 and runs through 8 a.m. July 8. A total of 260 tags will be issued in five hunting zones.

Registration is $22 per zone, and individuals may register one time per zone. Selected hunters and others accompanying or assisting in any vessel are required to have a valid hunting license in their possession while hunting.”

By DAVID RAINER, Alabama Department of Conservation and Natural Resources